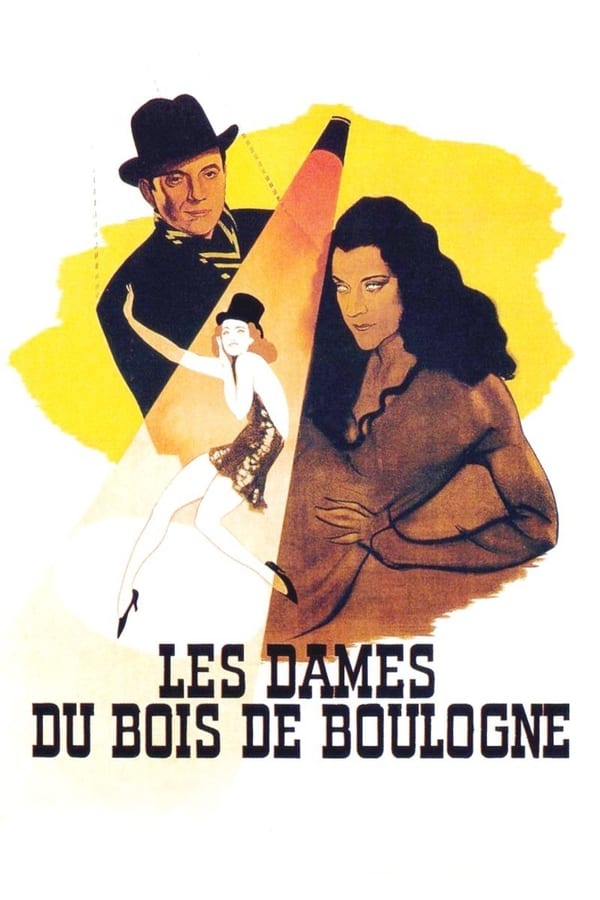 Storyline
Hélène understands that Jean doesn’t love her anymore. She is full of grief and anger, and she starts brooding on revenge. When she meets Jean, she pretends herself to be the one that has ceased to love the other. Jean is relieved, because now he thinks they can part as friends. Hélène goes to a night club, where a young woman, Agnès, is a famous dancer. Agnés has been forced into this life of debauchery and courtesanship because of poverty. She hates it and all the lecherous men. Hélène has met Agnès and her mother several years ago, and after the show she looks them up. She says that she will help them to leave this degrading life. The next day they shall move to an apartment she has rented, and stay there anonymously. Some days later she arranges a seemingly spontaneous meeting between Jean and Agnès in the Bois de Boulogne. Jean immediately falls in love with Agnès, who he thinks is an innocent girl from the countryside. Fueled by Hélène, and by Agnès’s resistance, his infatuation turns into an obsession. Hélène’s goal is to get Jean to marry Agnès, and then tell him that he has married a whore.